©Edem Samuel Duke et al. PAMJ - One Health (ISSN: 2707-2800). This is an Open Access article distributed under the terms of the Creative Commons Attribution International 4.0 License (https://creativecommons.org/licenses/by/4.0/), which permits unrestricted use, distribution, and reproduction in any medium, provided the original work is properly cited. 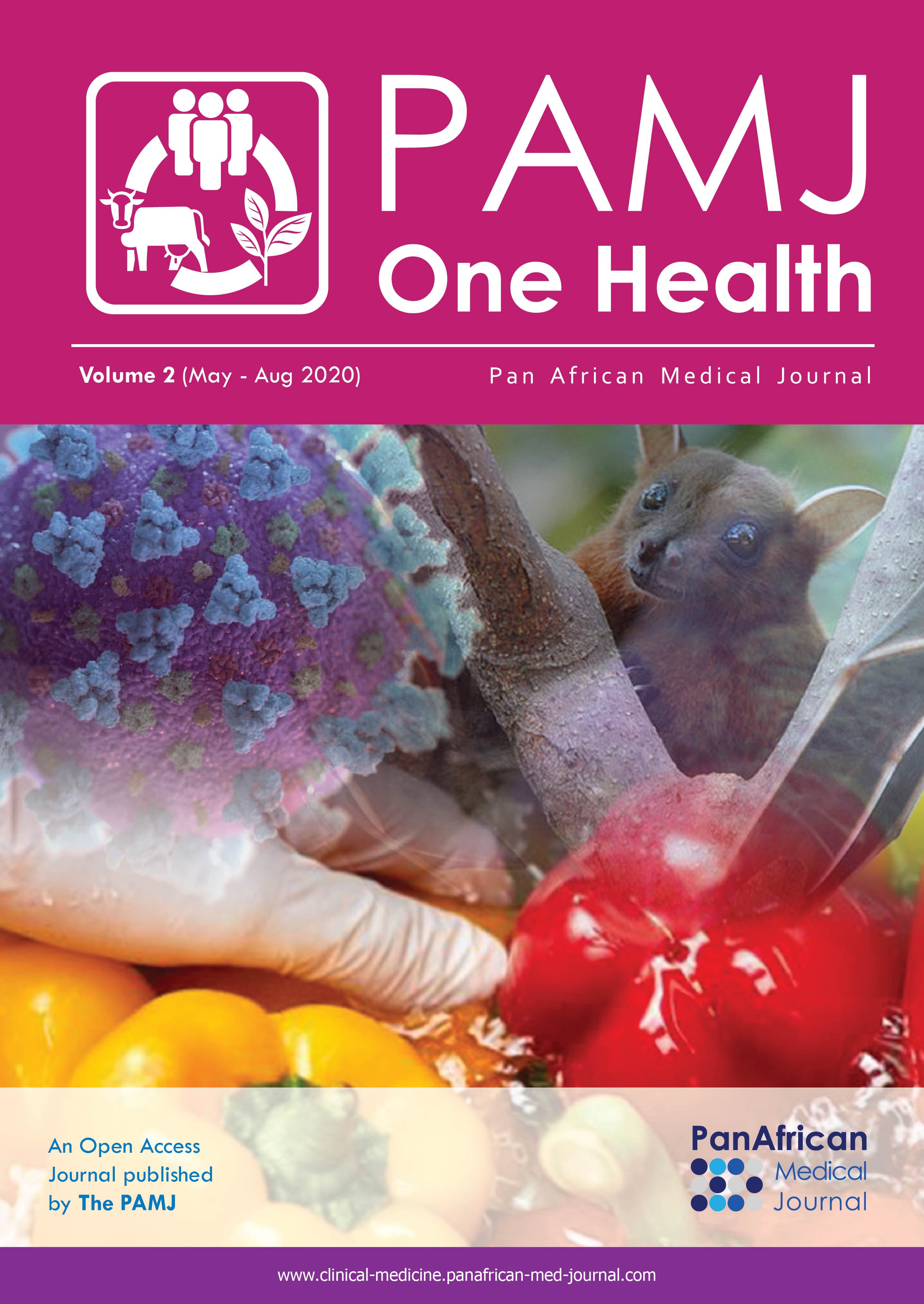 Introduction: according to the integrated management of childhood illness (IMCI), adequate knowledge of danger signs by caregivers is a vital parental tool that will result in a positive healthcare-seeking behavior. Most studies done in Nigeria have been facility-based. This study aimed at collecting baseline information on mothers/caregivers regarding their knowledge of danger signs of common childhood illnesses in under-five children in Alimosho Local government area of Lagos State.

Methods: this was a community based descriptive cross-sectional study using a multi-stage sampling method to administer a pre-tested questionnaire on a total of 360 mothers of under-five children residing in Alimosho Local government area of Lagos State between March and May 2016. Descriptive statistics were employed to analyze the data using SPSS version 22.0

Results: over 90% of the mothers showed good knowledge and ability to recognized the general danger signs of childhood illnesses. Health workers were the most reported source of information for their knowledge. Nearly all the respondents agreed that they worry when their children had fever, fast breathing and convulsion. High maternal education and parity were significantly associated with knowledge of danger signs (p<0.05).

Conclusion: the knowledge of the mothers towards danger signs of common childhood illnesses was high and they had a positive attitude and practices towards the proper management of the identified danger signs.

Every year, more than 10 million children under five years die [1] due to preventable causes. In Lagos state alone, one out of every 20 live births die before reaching their fifth birthday [2]. The World Health Organization (WHO) and the UNICEF (United Nation International Children Emergency Fund) recognizing the importance of care seeking, enumerated activities to improve family and country health practices such as danger signs recognition and care seeking as part of the central components of the integrated management of childhood illness(IMCI) [3,4]. Adequate knowledge and recognition of danger signs is a vital parenting tool with resultant positive impact on the health care seeking behavior [5,6]. Families need to respond appropriately when their children are ill, seek appropriate care and timely assistance and offer recommended treatment [6,7]. According to the community integrated management of childhood illness strategy, mothers/caregivers at home should have adequate knowledge of the causes, prevention as well as when to seek appropriate help in the health facility when a child is not getting better [8]. Danger signs are warning signs indicating potential hazardous conditions that may become life threatening. Danger signs in IMCI include a child being excessively thirsty or unable to drink, (or breastfeed), vomiting everything given, convulsing during current illness, the child being lethargic, no longer smiling, talking, crying, walking or becoming unconscious [1,9]. Other danger signs are difficult breathing or fast breathing and high-grade fever [10]. The ability of the caregiver or mother to recognize these danger signs and know when to seek help will reduce morbidity and mortality from the underlying cause. A mother´s knowledge and recognition of critical signs and symptoms is important in determining the outcome of a child´s ill health.

Studies done in health facilities from low and middle-income countries showed that mothers´ knowledge of certain signs and symptoms of childhood illnesses and perceived illness severity, were important factors determining health-seeking behaviors [11-13]. Delay in seeking appropriate care or not seeking any care at all, contribute immensely to deaths in children [13]. Mothers are the primary caregivers for their children. Their ability to recognize the severity of illness early enough will determine their responses in preventing mortality by seeking early treatment. There is the need to ensure that mothers know danger signs of various illnesses especially when they are life threatening. Signs like difficulty in breathing, lethargy, convulsions, excessive vomiting refusal to drink and fever are signs that mothers ought to be familiar with. There is limited data on danger signs knowledge in community-based studies in Nigeria. This community-based study therefore, aimed to collect baseline information on mothers regarding the knowledge of danger signs of common childhood illnesses and to assessed their health-seeking behaviors in under-five children in Alimosho local government area of Lagos State. The information gathered should aid policy makers in setting up strategies that will further decrease the mortality rate due to childhood illnesses in the local government.

This was a community-based descriptive cross-sectional study conducted on mothers with children under-five years of age who reside in Alimosho LGA, a semirural area of Lagos State. Mothers were excluded if they were visitors in Alimosho, did not have an under-5 child during the study period or declined consent to participate in the study. Caregivers who were not direct mothers of the under-5 children were also excluded. A minimum sample size of 360 participants was calculated using the Cochran formula for cross-sectional studies while assuming a 10% non-response rate. A multistage sampling technique was employed to select the 360 participants for the study. Using the lists of wards in Alimosho Local Government area as a sampling frame, six wards were selected from the sample frame of 36 wards using simple random sampling method. From lists of the streets obtained from the LGA council, 6 streets from each ward were selected by balloting. There was an average of 30 houses per street. Ten of the 30 houses on each street were selected by systematic sampling, every third house was selected. The starting point was identified by balloting. One household was selected by balloting if there were more than one household per house. An eligible mother with a child below five years was selected for questionnaire administration. In a household where there was more than one eligible participant, one was selected by balloting. Where the mother in the selected household was unavailable or declined consent, the next house was selected and the questionnaire administered until the required 360 was achieved.

Data collection: data was obtained using an interviewer administered, standardized and structured questionnaires which was adapted from the IMCI questionnaire [9,14]. The questionnaires had four sections: Socio-demographic characteristic, mother´s knowledge of danger signs, their attitude and health seeking behavior during a child´s illness. Mother´s knowledge of danger signs were sought for in fever, cough, diarrhoea, fast breathing with chest in-drawing, difficulty in breathing, restlessness, drowsiness, weakness, inability to play, convulsions in current illness and loss of consciousness. To assess knowledge, each question on danger signs answered correctly was given a score of one, while questions answered wrongly were awarded a score of zero. The scoring was then converted to percentage. A score of >75% was scored as good or adequate knowledge, while a score of ≤74%, was scored as poor knowledge. A five point Likert scoring system (strongly agreed, agreed, not sure, disagreed, strongly disagreed) was used to categorize the perception and attitude of mothers towards childhood illness and danger signs while the health seeking behavior of mothers for a child with danger signs were sought using questions that included if the child had ever been taken to any health facility.

Date analysis: data collected were coded, entered, cleaned, and analyzed using the statistical package for social science (SPSS) version 20.0. Results were presented in the form of tables and figures. Categorical data were presented using frequency and percentages while measures of central tendencies (mean and standard deviation; median and inter-quartile range) were used for continuous data where appropriate. Tests of association between dependent variables such as knowledge, attitude and health seeking behaviours were analyzed against the independent variables using Pearson chi-squared test or Fisher exact when the sample was small. A p- value <0.05 was regarded as statistically significant. Unconditional logistic regression analysis was used to examine determinants of knowledge, attitude and behavior while controlling for possible confounders. For this approach, knowledge, attitude and behvaiour were treated as dichotomous variables and recoded as 1 or 0 for adequate and poor respectively.

Table 2 shows mothers´ attitude towards danger signs of childhood illnesses. Most mothers agreed that they should worry when their child´s body is hot and that a child who is breathing fast is ill. They also agreed that a child who was passing watery stool should be placed on oral rehydration solution. Table 3 shows that there was a significant association between respondents´ level of knowledge and their educational status, as well as their parity (p < 0.05). Mothers´ with higher educational level had better knowledge and with increased parity comes experience and better knowledge. There was also a statistically significant association between respondents´ level of knowledge and their attitude level. Out of the 328 respondents classified as having good knowledge, 190 (58%) of them demonstrated positive attitude compared to the 32 with poor knowledge with 5 (15.6%) demonstrating positive attitude (p <0.001). Respondents with better knowledge of danger signs had more positive attitude towards childhood illnesses. Respondents who had good knowledge of danger signs also had better health seeking behavior and this was statistically significant, p = 0.001. Table 4 shows the relationship between maternal characteristics and appropriate IMCI practices. The maternal age was a significant determinant of appropriate practices. The older mothers were on the average more likely to engage in appropriate IMCI practices than the younger counterparts with a 5% increase in odds of better practice. When controlled for mothers age, parity was no longer significant at 0.05.

The overall attitude of mothers towards the danger signs of childhood illnesses was positive and encouraging. The respondents´ knowledge and attitude to danger signs like fever, difficulty in breathing and fast breathing were high and they sought appropriate care for most of the childhood illnesses which is similar to the findings of Farhad et al. [23] and in keeping with the health belief model which states that if symptoms are perceived as a threat (danger signs), individuals take action [24]. The likelihood for appropriate response to childhood illnesses increased with increased knowledge. The practices reported by mothers to the danger signs were varied with respondents who had good knowledge of danger signs showing better practices with higher health seeking behaviors. The majority of the respondents in our study would take their children to health facilities if they have danger signs. This is similar to the study in Enugu [18], in which majority of the respondents also took their children to the hospitals when they had cough, rapid breathing or difficulty in breathing [16]. Our study however, showed poor health seeking behaviors in mothers with poor knowledge of danger signs. This is not unexpected as inability to recognize a danger may delay taking actions to mitigate it. Several studies had shown that perceived illness severity and maternal knowledge of certain signs and symptoms of childhood illnesses were important factors determining health-seeking behavior [12,23,25]. There is need to continue health education for mothers at every opportunity. IMCI should not relent as there is still a lot of work to be done. Health workers should be trained on how to pass effective information on practices concerning danger signs. This is the time to build on the progress being made on the sustainable development goals (SDGs). To meet up with the SDGs, more awareness should be created towards the danger signs of common childhood illnesses and the actions to mitigate it. The health of our children are priority and mothers had to be empowered to recognize dangers signs during illnesses and to take appropriate actions to ameliorate them.

Table 3: association between respondents' social demographic characteristics, health seeking behavior and level of knowledge of danger signs among the respondents

Table 3: association between respondents´ social demographic characteristics, health seeking behavior and level of knowledge of danger signs among the respondents 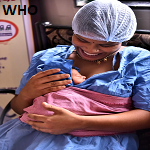 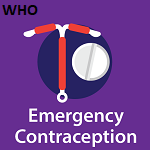 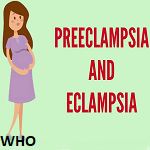 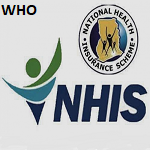 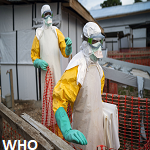